Skip to main content
Match our jobs to your profile USAA has operations in various cities across the U.S. Learn more about our primary locations, as well as what it’s like to live in these great places. USAA is the largest private company in San Antonio and one of its leading corporate citizens. Nestled in Texas Hill Country, our scenic 286-acre campus includes nature jogging trails, soccer fields, a baseball diamond, tennis and basketball courts and two lakes. Our headquarters, which is one of the largest single-occupancy buildings in the nation, features six cafeterias, three fitness centers, three on-campus Starbucks, a pharmacy, two wellness clinics and three company stores. We also have offices in University Park and downtown San Antonio.

The seventh most populous city in the nation with 1.3 million people, San Antonio is a vibrant hub of business and industry and a vacation destination with numerous attractions. Home to Spanish missions, the Alamo, the Riverwalk, the Alamo Bowl, Marriage Island, a host of theme parks and many other venues, San Antonio is visited by more than 25 million tourists each year. 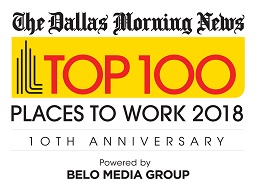 Located on the top two floors of a six-story multi-tenant building, our Addison office is home to 200 Financial Advice and Solutions Group employees. This office is a bright and open environment featuring an energize zone and rest pods for employees to relax. In Addison, you will find more than 180 restaurants, upscale living and unique retail shops nestled in this 4.4 square-mile community just a few miles north of Dallas.

Dallas, the nation’s ninth largest city and the top visitor destination, offers a wealth of cultural, entertainment and recreational amenities. Here, you’ll enjoy an eclectic mix of restaurants, pubs, boutique hotels, shops and venues, including four- and five-diamond/star hotels and eateries, the largest urban arts district in the nation, 14 entertainment districts and more. USAA Plano is home to over 500 IT employees and still growing. With 248,000 square feet, our two-building office offers a free employee gym, as well as three energize zones and a tranquil relax zone with a live plant wall. A collaborative spirit flourishes in our Plano office with colorful decor and open workspaces. Our Plano office is within walking distance of the Shops at Legacy and the brand-new Legacy West development, a prime location chock-full of shopping, dining and upscale apartment living. We’re also located just north of Dallas.

Dallas, the nation’s ninth largest city and the top visitor destination, offers a wealth of cultural, entertainment and recreational amenities. Here, you’ll enjoy an eclectic mix of restaurants, pubs, boutique hotels, shops and venues, including four- and five-diamond/star hotels and eateries, the largest urban arts district in the nation, 14 entertainment districts and more. Austin is a leading market for design and innovation, as well as a hot spot for the talent needed to help build the world-class experiences USAA strives to deliver for our members. We opened a location in the heart of downtown Austin in February 2017, which will allow us to tap into the area’s experienced designers and software and mobile developers, further expanding our innovation and design footprint.

Our Austin design studio is 19,087 square feet in a newly constructed building with an inside bike rack for easy storage and access to an attached fitness center. Monthly parking is also provided in close proximity to the design studio. The space was created with collaboration in mind with moveable glass walls, team pods and playback stations to facilitate brainstorm sessions with various business stakeholders. The team will eventually grow to 110 designers.

Austin is not only the state capital, but also known as the Live Music Capital of the World. It is home to more than 250 music venues, a vibrant arts scene and inspiring cuisine. Austin's parks and lakes are popular for hiking, biking, swimming, boating and other outdoor pursuits. 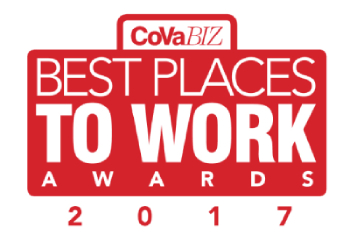 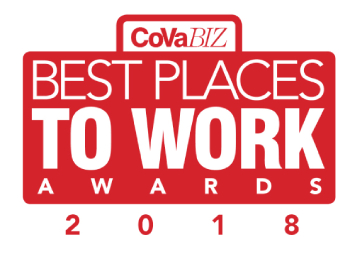 Our Chesapeake 81,478 square-foot claims office is located at Battlefield Technology Center II in a metropolitan area that is home to one of the world’s largest groups of government and military installations. The facility is less than 10 miles from Downtown Norfolk in a park setting with lakefront jogging trails.

With the Chesapeake Bay beachfront and a total of 144 miles of shoreline, our area offers a wealth of recreational opportunities. The region also has many cultural and historic attractions, including the Chrysler Museum of Art, Nauticus, the National Maritime Center and the Hermitage Foundation Museum. The area boasts a variety of performing groups as well, including the Virginia Opera, Virginia Stage Company and Virginia Symphony Orchestra. Our Colorado Springs campus is located near the United States Air Force Academy on 49 acres and boasts stunning views of Pikes Peak. With more than 1,800 employees, we offer a 22-acre lighted recreation area with facilities for tennis, basketball, sand volleyball, soccer and softball, as well as jogging trails. We offer on-site child development and fitness centers. Located on the corner of two main traffic corridors, we are close to malls, restaurants, hotels and retail. The Phoenix campus includes all of USAA’s primary lines of business and employs more than 3,600 people. Situated on 575 acres, our innovatively designed, copper-clad buildings blend into the Sonoran Desert and are designed to maximize natural sunlight and circulation. Landscapes include desert vegetation and native plants, and colors are inspired by desert vistas. Our innovative and spacious work area was awarded Best Place to Work in the Valley of the Sun by The Phoenix Business Journal.

Home to professional franchises from all five major sports leagues, Phoenix has a vibrant cultural and arts community, numerous attractions and natural scenic beauty. You can snow ski in northern Arizona, peek over the Grand Canyon, visit the Pacific Ocean in Southern California, jet-ski at Lake Havasu or raft down the Colorado River – all within a half day’s drive. We have two offices in our Tampa location. Our larger facility is in northeast Tampa, the New Tampa area of Commerce Park. It is built on a beautiful 128-acre campus and home to 1,800 employees. Our Crosstown office near Brandon opened in October 2015 and is home to another 800 people. Amenities in Tampa include on-site cafeterias, fitness centers, primary care clinics, child development center (New Tampa only) and more. Our employee-friendly offices have natural light throughout, carefully selected artwork and an inspiring color scheme.