Recognizing elder abuse, employee goes above and beyond for USAA member

“If I had not paid attention to the details and red flags, the impact could have been worse."

It wasn't what the 30-year member on the line said. What raised red flags for Annalisa P.  was what else she could hear while she was on the call.

"From the beginning of the call with the member I could hear the member being coached by someone in the background," says Annalisa, a member debt representative at USAA. 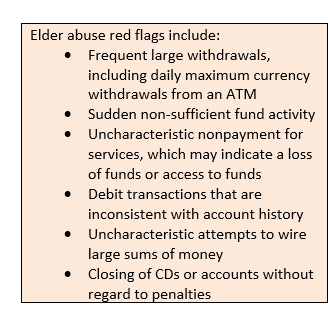 She also noticed that his over-the-limit credit card account balances didn't seem to follow his typical financial behavior. Annalisa then reviewed the account with the member, discovering that many of his credit-card payments had been returned. With the red flags mounting, she suspected the member was a victim of fraud or elder financial abuse.

"After the phone call, my first reaction was to make sure that it was brought to someone's attention and file an enterprise financial crimes report," she says.

Turns out her keen instincts were on point.  An investigation showed that the member's experience aligned to an often-seen scam – he explained that his past-due balances were because of an investment loss. The suspicious activity was in line with elder financial exploitation – a term referring to any intentional actions by a caregiver (relative, friend or stranger) that causes financial harm or exploitation to someone older than 60. 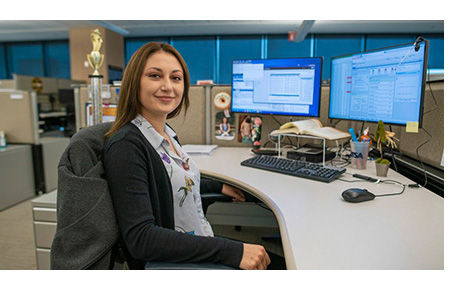 According to a 2019 report from the Consumer Financial Protection Bureau, financial institutions reported more than 180,000 suspicious activities targeting older adults, with an average loss of $41,000 between 2013-2017.

"In my situation, if I had not paid attention to the details and red flags, the impact could have been worse and put the member through more harm," says Annalisa. "I was able to guide him on what he could do to help protect his accounts.

Annalisa's experience gave her the chance to put her love of the mission and training into practice.

"I am proud to have been able to live the USAA mission," she says. "When we have the member on the line and we are able to tie everything together, it can make the difference in securing our members' – and the community's – financial security."